The goal of the PV system project is to provide a complete description of an existing PV system in digital, machine-readable, and FAIR form to support system operators.

We developed a novel approach to integrate FAIR digital objects (FDO) and ontologies as metadata models to support data access for energy researchers, energy research applications, operational applications, and energy information systems. We employed a photovoltaic system as a conceptual example. In this system, there are both static and dynamic data. The static data is further divided into structural composition metadata, which describes the units of the PV system and their relationships to each other, and master data, which describes the properties of the various units (similar to a technical information data sheet). The dynamic data are time series of measured electrical quantities from different locations within the PV plant. The metadata for the structural composition is described using an internally developed PV ontology based on the Web Ontology Language OWL. The master data is described using the IEC 61850, GeoJSON, and SensorML standards. SensorML and GeoJSON also describe dynamic measurement data structures and the device locations, respectively.

By describing each entity in the PV system using the aforementioned schemas, a larger number of description objects (instances of the schemas) are created. For example, a PV module consists of three description objects, one of which is written in IEC 61850 (technical datasheet), another in GeoJSON (geolocation and dimensions), and a third as an ontology instance graph representation of the PV module. To link these three together, we use FDOs with associations to all three entities. The profile of the FDOs consists of the Helmholtz Kernel Information Profile (KIP) developed by HMC Cross Cutting Topic 4 (From Development to Deployment), in which the Energy Hub participates. 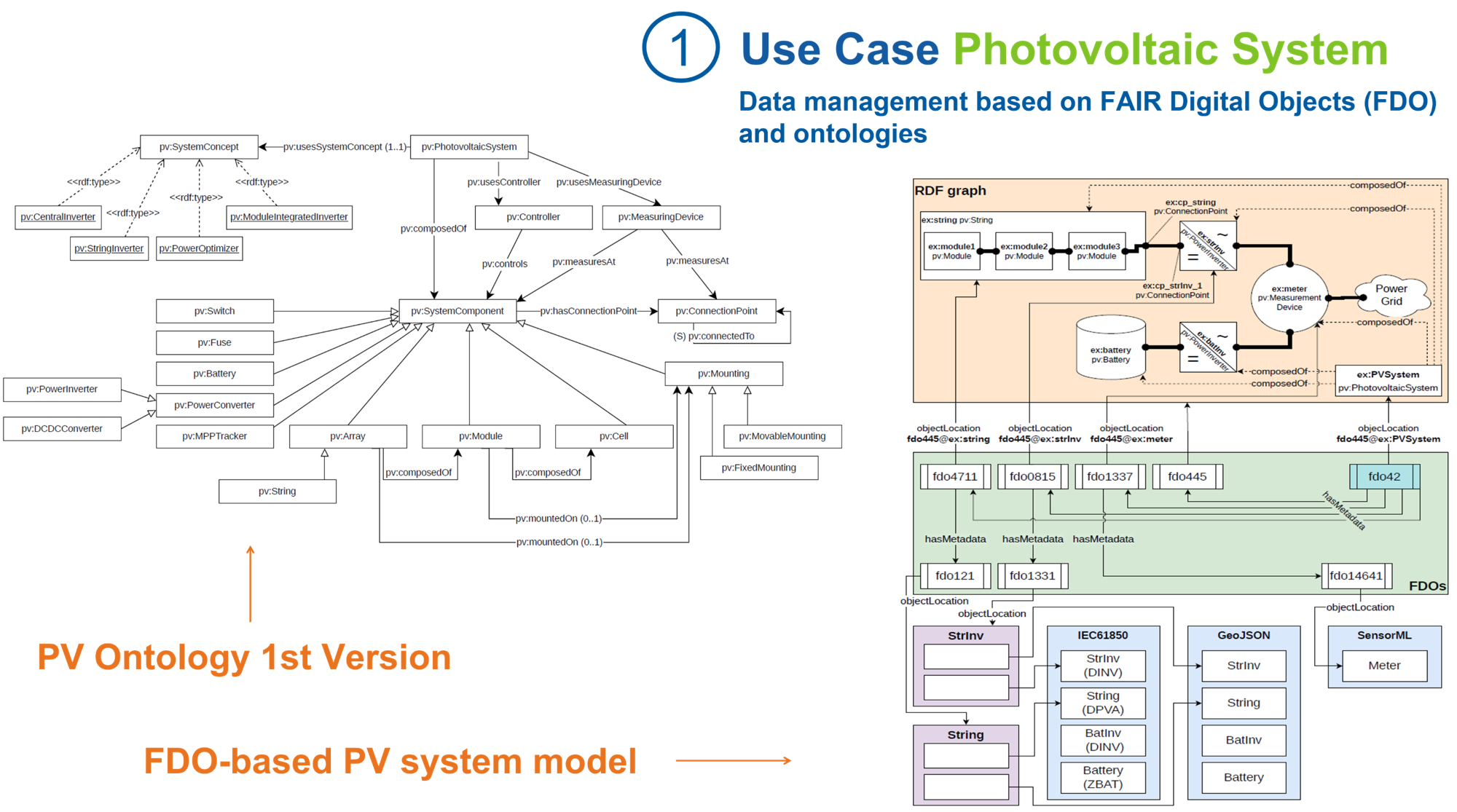 Back to overview of use cases